The Legacy of Dr. Ehsan Yarshater 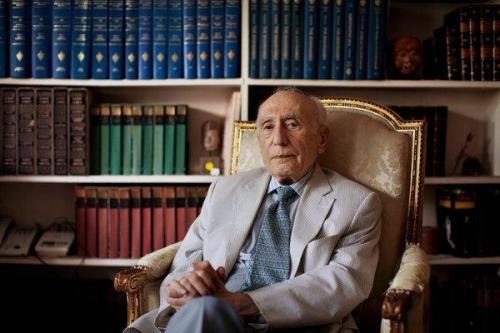 Professor Ehsan Yarshater, who founded the Encyclopaedia Iranica and was instrumental to the establishment of the field of Iranian Studies in the United States, passed away earlier this month. Among his many contributions to the field, he endowed a postdoctoral position in Iranian Studies at Yale’s Program in Iranian Studies, under the directorship of Professor Abbas Amanat.

Below is the New York Times’ obituary on Professor Yarshater:

Ehsan Yarshater, Iran Scholar With a Monumental Vision, Dies at 98

Ehsan Yarshater, an eminent Iranian historian who founded and edited the Encyclopedia Iranica, a magnum opus of Iranian history and culture that helped transform the modern understanding of Persian civilization, died on Sept. 2 in Fresno, Calif. He was 98.

His death was confirmed by his niece Mojdeh Yarshater.

Professor Yarshater’s encyclopedia cast Iran as a global civilization in the aftermath of the Iranian revolution in 1979 and the seizure of United States Embassy hostages, when the country appeared isolated on the world stage and he was forced to suspend the project by the new Islamic regime.

“I had this ideal in my mind,” he told NPR in 2011, “that there would be an encyclopedia which would respond to all possible legitimate questions about Iran and its history and its civilization.”

The encyclopedia includes entries on everything from ancient Persian philosophy to cabbage. It documents Iran’s relationship with other world cultures, like those of Greece and India, expanding the notion of Persian civilization beyond Iran’s modern borders.

“He reminded a lot of people in different disciplines — classics, philosophy, you name it — that there is an Iranian facet to what falls within their field,” said Elton Daniel, who took over as the editor in chief of the encyclopedia in January 2017.

Professor Yarshater started his project at 52 and worked for 12 hours a day until his mid-90s, retiring last year at the letter K. His last entry was on Sandor Kegl, the 19th-century Hungarian Orientalist who devoted much of his life to Persian literature.

The encyclopedia continues to be a work in progress under Mr. Daniel. Today it has, so far, some 7,300 entries by 1,600 authors. 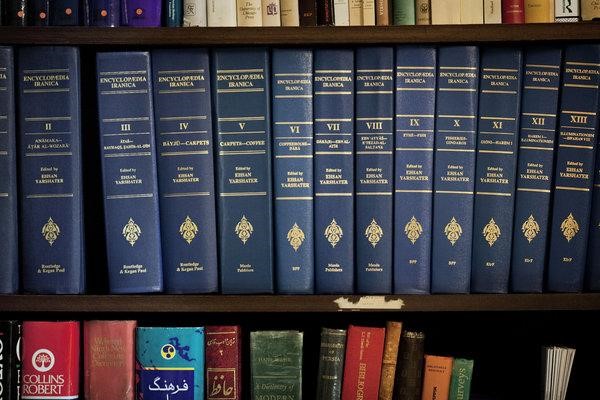 “He was generally referred to during his own lifetime as the doyen of Iranian studies,” said Ali Banuazizi, a professor at Boston College and a former president of the Middle East Studies Association of North America.

“Iranica was the major undertaking of his life in every sense of the term,” he added.

Ehsan Ollah Yarshater (pronounced YAR-shah-ter) was born on April 3, 1920, in the northwest city of Hamadan, Iran, to Hashem, a merchant who was born Jewish and converted to the Baha’i faith, and Rowhanieh (Misaghieh) Yarshater, a homemaker who was born to a prominent family of physicians in Kashan, also in the north.

Professor Yarshater studied at the Alliance Israélite, a French-language school in the western city of Kermanshah, before moving with his family to Tehran, where he attended the elite Tarbiyat School, which was founded by Iranian Baha’is in 1897.

As a student at the University of Tehran, which was founded by the monarchy, Yarshater became disengaged from his deeply religious upbringing. He was inspired by Iranian thinkers of his generation who promoted a spirit of rational inquiry in the study of Persian history and literature following the Constitutional Revolution of 1905, whose leaders sought secular, political and educational reforms.

He received a doctorate in 15th-century Persian poetry from the University of Tehran and then studied ancient Iranian languages under the German philologist Walter Bruno Henning at the School of Oriental and African Studies at the University of London, where Professor Yarshater completed a second doctorate.

In a groundbreaking linguistics study, published in 1970, he documented disappearing dialects among the villages of Iran’s northeastern provinces.

Professor Yarshater brought Western classics to his compatriots in the 1950s by establishing a translation and publishing institute, a reflection of his belief that embracing Western culture would not cause Iran to lose its authenticity, as some feared.

In 1958 he became a visiting professor of Indo-Iranian languages and religions at Columbia University. Three years later he was named Columbia’s first chairman of Iranian Studies. With the appointment, he moved to New York City with his wife, Latifeh Alavieh, whom he had met in 1956 when she was cultural adviser to the United States Information Agency in Tehran. They married in 1960. She died in 1999.

The couple had no children, and Professor Yarshater leaves no immediate survivors.

At Columbia, in 1968, Professor Yarshater founded the Center for Iranian Studies, which is to be renamed in his honor in October, the university said. 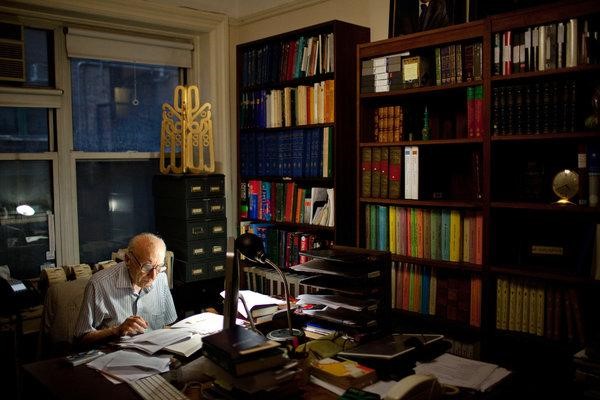 In a letter to Mr. Lewis, Professor Yarshater wrote that the encyclopedia, which emphasized Arab and Sunni Islam, diminished the Iranian contribution to Eastern civilizations. He decided that Iranians needed an encyclopedia that would focus on that contribution and also take into account Shiism, the dominant strain of Islam in Iran, not to mention the many other religions that had contributed to their civilization, among them Judaism, Zoroastrianism and the pre-Islamic faiths.

Abbas Amanat, a professor of history at Yale, said Professor Yarshater’s philosophy was “to show the complexity of this culture and fuse pre-Islamic with Islamic Iran to see a sense of continuity, without a naïve glorification of ancient Iran.”

In 1972, splitting his time between New York and Tehran, Professor Yarshater embarked on putting together his encyclopedia and publishing it through his institute, but his work was cut short on the letter A by the 1979 revolution; the new Islamic regime suspended his institute’s work.

Professor Yarshater, who never visited Iran after the revolution, restarted his Encyclopedia Iranica at Columbia with a grant from the National Endowment for the Humanities in the early 1980s.

“The encyclopedia’s impartiality does not please the current Persian government,” he told The New York Times in 2011.

In 1983 Professor Yarshater established the Persian Heritage Foundation to support his work on the encyclopedia and to publish scholarly works in the field. He raised a separate endowment of more than $15 million in 1990 to ensure the encyclopedia’s continued publication.

He was the editor of a 40-volume translation of the scholar al-Tabari’s 10th-century history of the world, and the founding editor of a classic multivolume series of Persian literature.

“For me,” he told the BBC Persian service in 2009, “the Persian language, Persian literature and poetry, and Iranian culture is my true homeland.”