Why Iranian women are taking off their head scarves 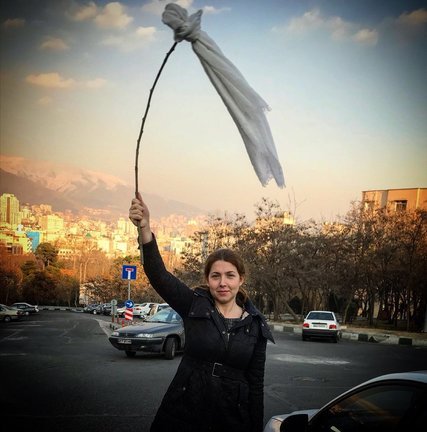 Nahid Siamdoust, a postdoctoral associate of Iranian studies at the MacMillan Center and the author of Soundtrack of the Revolution: The Politics of Music in Iran, wrote the following Opinion article that was published in The New York Times Sunday Review on February 3.

On Dec. 27, Vida Movahed stood bareheaded on a utility box on one of Tehran’s busiest thoroughfares, waving her white head scarf on a stick. Within days, images of the 31-year-old, who was detained and then released a few weeks later, had become an iconic symbol.

In the weeks since Ms. Movahed’s peaceful protest of the compulsory hijab, long one of the most visible symbols of the Islamic Republic, dozens of women, and even some men, throughout Iran have followed her lead. So far, at least 29 women in cities throughout the country have been arrested.